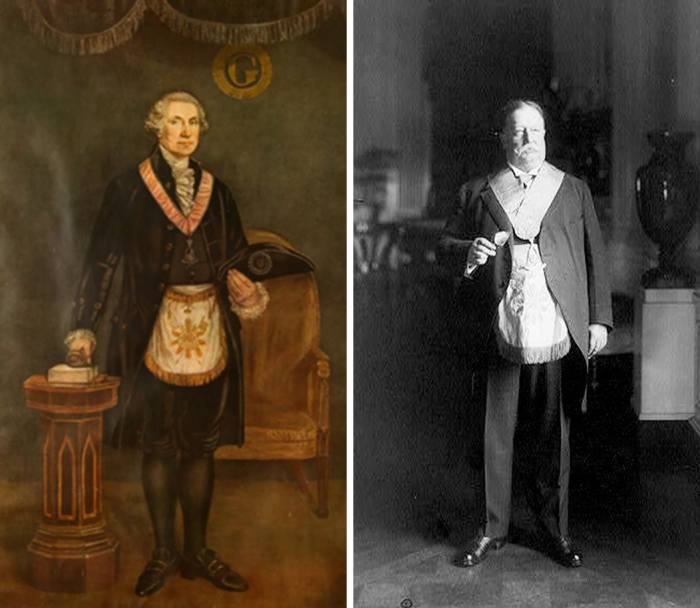 On May 19, 1911, a delegation from Alexandria-Washington Lodge No. 22, which included Lawrence Washington, George Washington’s great-great-grandnephew, visited President William Howard Taft in the East Room of the White House.

The apron was a gift to Washington from Elkanah Watson upon news of the defeat of the British at Yorktown. Watson was a Freemason who served as one of America’s agents abroad during the war.

The apron is now housed at the George Washington Masonic National Monument in Alexandria, Va.

In all, 14 Presidents of the United States were Freemasons, including all three from Tennessee – Andrew Jackson, James Polk and Andrew Johnson. In addition, Lyndon Johnson was initiated an entered apprentice but did not receive the higher masonic degrees.

We are Tennessee’s only moon lodge. We meet at 7 p.m. on the Saturday on or before the full moon.